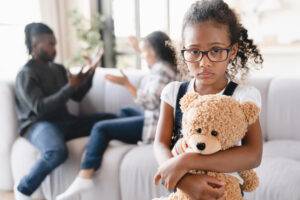 If you are involved in a child custody dispute, you know how high the stakes are. Courts expect parents to agree upon a child custody schedule that best serves the interests of the child. However, it is not always possible for parents to come to an agreement on custody. In these cases, the court must get involved and determine what custody schedule would be in the best interest of the child. Often, the court appoints an independent professional to serve in the case, known as the child’s guardian ad litem.

As authorized by a Georgia Superior Court rule, the guardian may be a practicing attorney or a Court Appointed Special Advocate (CASA) volunteer. The guardian has certain powers, some of which are these:

The child’s parents are required to cooperate with the GAL so that he or she can make a thorough investigation.

After completing the investigation, the guardian prepares a report and submits it to the court. The report details the guardian’s findings and proposes a custody arrangement that he or she believes will best serve the interests of the child. The recommendation is not binding but guides the court in making its own determination.

Both parents receive a copy of the report to review with their family law attorneys. Custody cases often settle at this point because the report helps the parents see common ground and come to a mutually acceptable custody arrangement. If, however, the parents still cannot agree, the court will enter an order that takes into consideration the guardian’s report and the concerns of each parent. Depending upon the age of the child involved, the court may also consider the opinion of the child.

Because custody of your child can have such a major impact on your life and that of your child, it is helpful to have an experienced family law attorney on your side. The Law Office of S. Mark Mitchell, LLC in Newnan, Georgia provides free consultations. Call 470-344-8550 or contact the firm online to schedule a consultation.