Home / Blog / Relocation as a Ground for Modifying Child…

Relocation as a Ground for Modifying Child Custody

People relocate for a variety of reasons, such as to pursue economic opportunities, to be closer to loved ones or to seek a better climate or quality of life. However, relocations can complicate child custody and visitation arrangements that were established in a divorce or separation. Still, when there are compelling reasons for the move, it may be possible to have a court modify child custody arrangements.

Before 2003, it was presumed in child custody modification cases that the parent with primary custody of a child should retain that right when relocating unless the other parent could show that the move would endanger the child’s physical, mental or emotional health. That presumption was eliminated by a 2003 Georgia Supreme Court decision. Now, a judge must determine whether or not it’s in the child’s best interests to move with the primary custodial parent. The judge will then modify the existing custody order as may be needed. 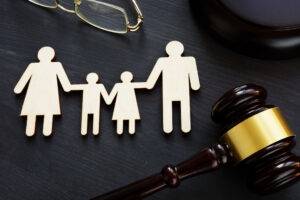 A modification case begins with the primary custodial parent giving written notice to the other parent and to any other family members who have visitation rights. The notice usually must be given within 30 days of the proposed moving date. If the other parent is okay with the relocation, both parents can file a modified parenting plan for the court’s approval. However, if the other parent objects to the move, either parent can file a petition to modify child custody.

The child’s best interests are the judge’s chief concern in deciding whether or not to modify a child custody order. The judge will consider:

A judge can also consider any other issues relevant to the child’s best interests and the relocation, including whether the child will suffer irreparable harm by missing out on frequent interaction with the noncustodial parent.

Even when the relocating parent is found to have a compelling reason for the move, a modification can be rejected if the judge determines that remaining in the current location is in the child’s best interests. The requesting parent may have to give up primary custody or forgo the relocation.

The Law Office of S. Mark Mitchell, LLC handles a wide range of family matters, including modifications to child custody arrangements. If you or your child’s other parent are considering a relocation, call 470-344-8550 or contact the firm online to discuss your situation with a qualified lawyer.