Motorcyclists enjoy the sense of freedom they get from riding down a highway, but this enjoyment comes at a potentially heavy price. The accident rate for motorcycles is high both nationally and in Georgia. Even careful riders risk severe injury due to their lack of protection and the danger of operating these small vehicles in traffic or on hazardous roads. 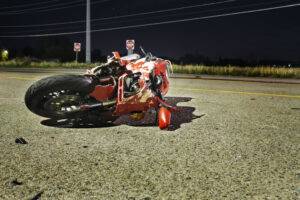 Motorcycle riders often suffer severe harm in crashes, such as lacerations, bone fractures and brain and spinal cord injuries. However, recovering money damages in an accident lawsuit can be difficult because insurance companies and defense lawyers typically try to shift most of the blame to the rider. Under Georgia’s comparative negligence law, a rider must be less than 50 percent at fault in order to win damages. Even then, recovery will be reduced by that rider’s percentage of negligence.

A skilled Georgia attorney can make all the difference in a motorcycle accident case. To schedule a free consultation at the Law Office of S. Mark Mitchell, LLC in Newnan, call 470-344-8550 or contact me online.