Home / Blog / Equitable vs. Equal Division of Property in…

Equitable vs. Equal Division of Property in a Georgia Divorce

In a Georgia divorce, property is divided between the spouses according to the rule of equitable distribution. This is different than some other states, where marital property is divided 50/50. Equitable does not necessarily mean equal. Georgia judges consider several factors when dividing up assets and debts, including each spouse’s economic and noneconomic contributions to the marriage.

The first step in the equitable distribution process is for both spouses to disclose all of their assets and debts. Next, there must be a determination made as to which of the spouses’ assets and debts are marital property and which are separate property. Generally, all property acquired during the marriage is considered marital, while property owned prior to marriage is considered separate. There are exceptions, however. Gifts and inheritances received by one spouse during the marriage are separate property unless they are commingled with marital property or are used to finance joint purchases. 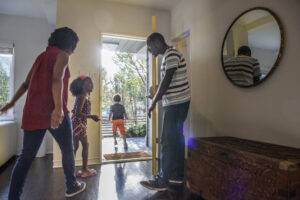 Once the marital property has been identified, it must be valued in order for an accurate division to be made. Certain assets may require professional appraisals. Finally, the property is subject to division based on the judge’s consideration of multiple factors. These include:

Dividing property may involve selling some of the marital assets at fair market value and apportioning the sale proceeds. However, assets such as retirement accounts and pension plans involve future benefits, which often makes immediate liquidation inadvisable. In these situations, a judge can issue a qualified domestic relations order dividing an asset into two separate accounts.

Alternatively, spouses going through a divorce can enter into a written agreement on how they want everything divided, which avoids the complex and sometimes risky process of letting the court decide. Having a pre-nuptial or post-nuptial agreement in place can also control the division of property during a divorce, as long as the agreement is not challenged as being unconscionable.

Equitable distribution is meant to give each spouse a fair share of what they’ve put into the marriage. The Law Office of S. Mark Mitchell, LLC in Newnan, Georgia can work to assure you get what you are due. Please call 470-344-8550 or contact the firm online to schedule a free consultation.