Home / Blog / Can a Distraction on a Property Be…

Can a Distraction on a Property Be the Basis for a Slip-and-Fall Claim?

Slip and falls happen every day in all kinds of locations, from restaurants to big box stores to parking lots. An entire area of law, called premises liability, has developed to address accidents resulting from various hazards on property. In Georgia, that area of law includes the distraction doctrine, which covers situations where the injured person’s attention was diverted by a natural and usual cause at the time of the accident. 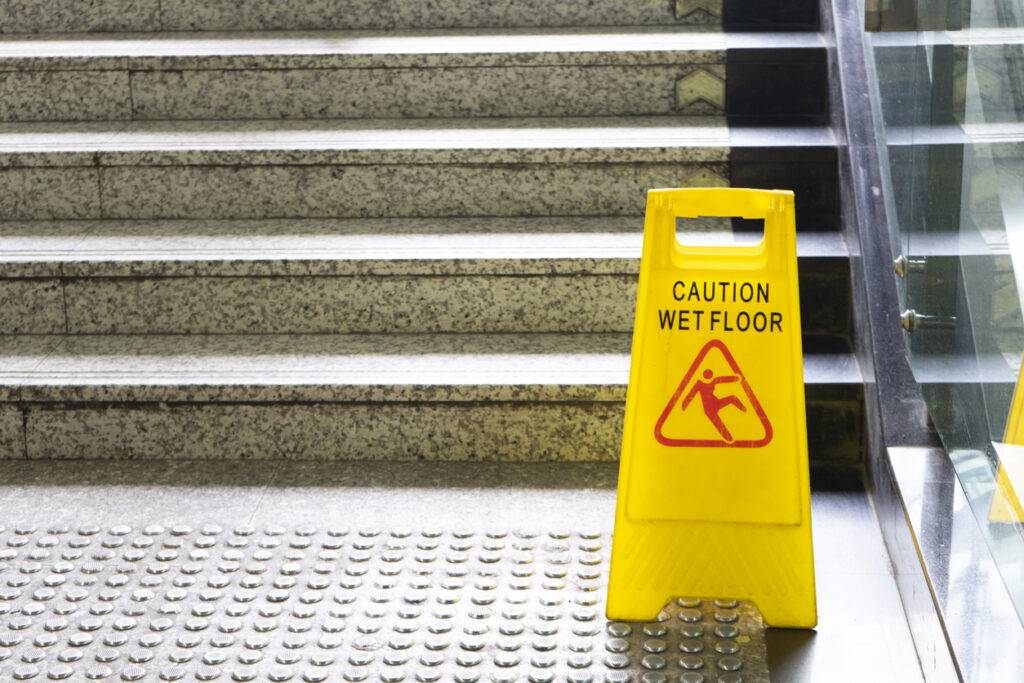 The distraction doctrine applies when the person’s view of the hazard was obstructed immediately before they were about to step onto it. In a recently decided Georgia Court of Appeals case, a retail store had several merchandise display racks on the sidewalk near the front doors. While entering the store, a customer sidestepped several cement parking abutments (low cement barriers at the front of parking spaces). Later, when she exited the store, she tripped over one of the abutments and fell, injuring her knee, elbow and head. She sued the store owner for failing to keep the premises safe.

The plaintiff said she fell because she was distracted by the display racks on the sidewalk. Photos and other evidence showed that it was a sunny day and that the abutment was obvious. Plus, the plaintiff had successfully navigated around the abutment on her way in, despite the presence of the display racks. The court ruled against her, stating, “Where an obstruction is perfectly obvious and apparent, so that one looking ahead would see it, the fact that the plaintiff merely failed to look will not relieve her” from responsibility. The court called looking at the display racks “a self-induced distraction, which is not covered by the distraction theory.”

Since self-induced distractions don’t count, the only distractions that might work in a plaintiff’s favor are those caused by the property owner. Some examples are ongoing construction, the layout of the store and an employee’s conduct that obstructs a customer’s point of view. If any of these factors causes you not to see a hazard, you may have the basis for a distraction-related slip and fall claim.

The Law Office of S. Mark Mitchell, LLC in Newnan is ready to evaluate your slip-and-fall accident and provide you with strong representation if you have a valid case. To speak with a lawyer, call 470-344-8550 or contact me online. Your initial consultation is free.